Please excuse the pun. Or, groan if you must. But I am absolutely floored by the change in my Abbey over the past four days. What a difference a change of flooring can make.

At mid-afternoon Friday, all of my home, except for the kitchen and bathrooms, was carpeted. By mid-afternoon Monday, my sunroom, living room, and dining area were all transformed by beautiful bamboo floors.

The multi-talented Steve Downey gave up his three-day weekend to work the magic for me. Steve is assistant superintendent here at Maples at the Sonatas, but recently he has carried a lot more responsibility since our superintendent has been temporarily assigned to another Wilcox community. So I am very grateful that Steve was willing to take on this big side job.

To begin at the beginning…

I have wanted to replace some of my carpet for quite a while. There was nothing wrong with it. I just wanted a change. When I received a larger income tax refund than expected this spring, the time seemed right.

My neighbor, Dee, who has a good eye for decorating, went with me to the store to look at samples. I went with the idea of choosing either laminate or bamboo. I have seen both used beautifully in several neighbors’ homes.

We began in the laminate section, where Dee and I spent quite a bit of time and ended up with five or six samples to bring home. I already had enough choices to confuse me, but we decided to checked out the bamboo before leaivng. After just a couple of minutes, I took all of the laminate samples back and picked out two bamboos. It was more expensive, but I liked it better. And it is more earth-friendly.

It was easy to decide which of the two samples I would buy — the one that most looked like real wood. I consulted my cats, since the floor would be an important part of their habitat.

This one, Shadow said. Don’t tell her, but I got the other one. 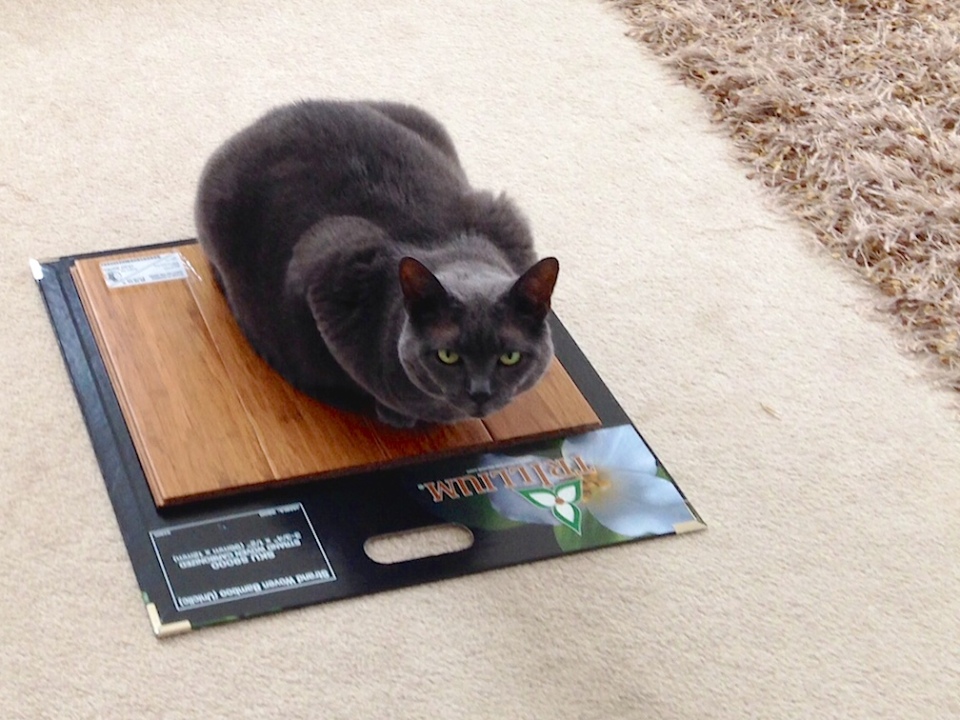 While we were waiting for the materials to come in, Dee helped me paint the shoe (trim) that Steve would need. Actually, she did more than help. She did it! 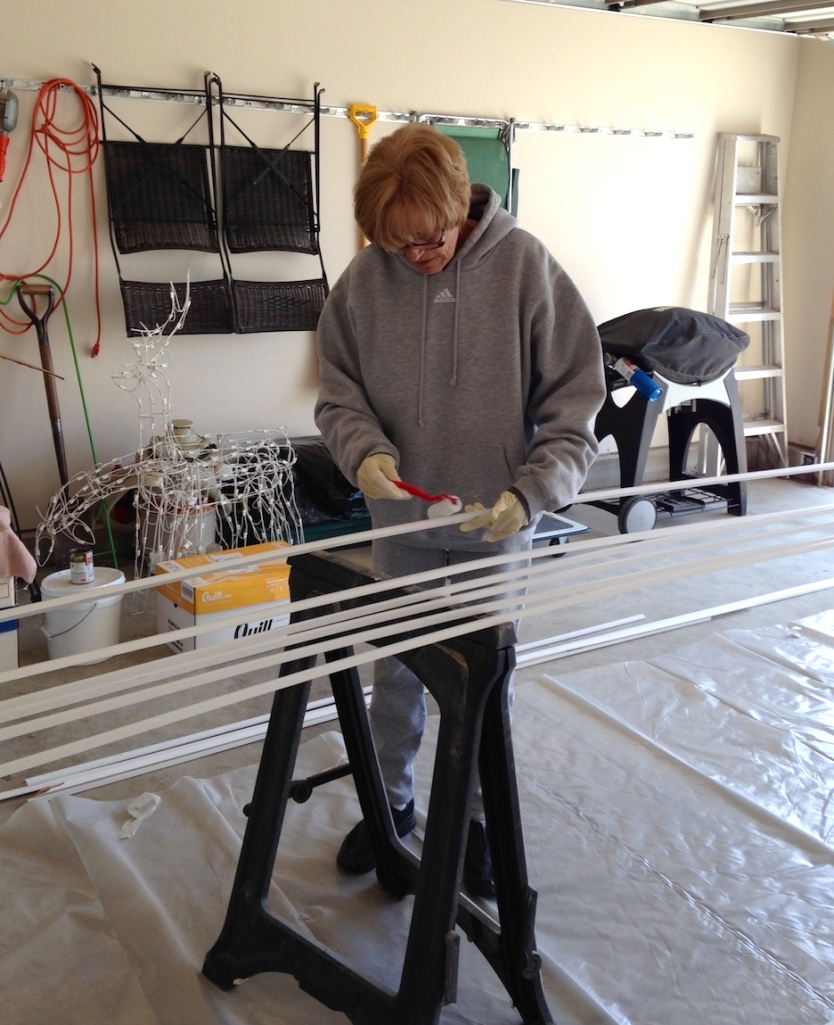 When the bamboo arrived, we were all in for a surprise. Bamboo is much heavier than we expected. Each of the boxes weighed 70 pounds. And there were 14 of them! They had to come into the house to acclimate, and later many of the boards had to go back out to the garage to be cut. In the photo below, Angie checks out some of those heavy boxes. 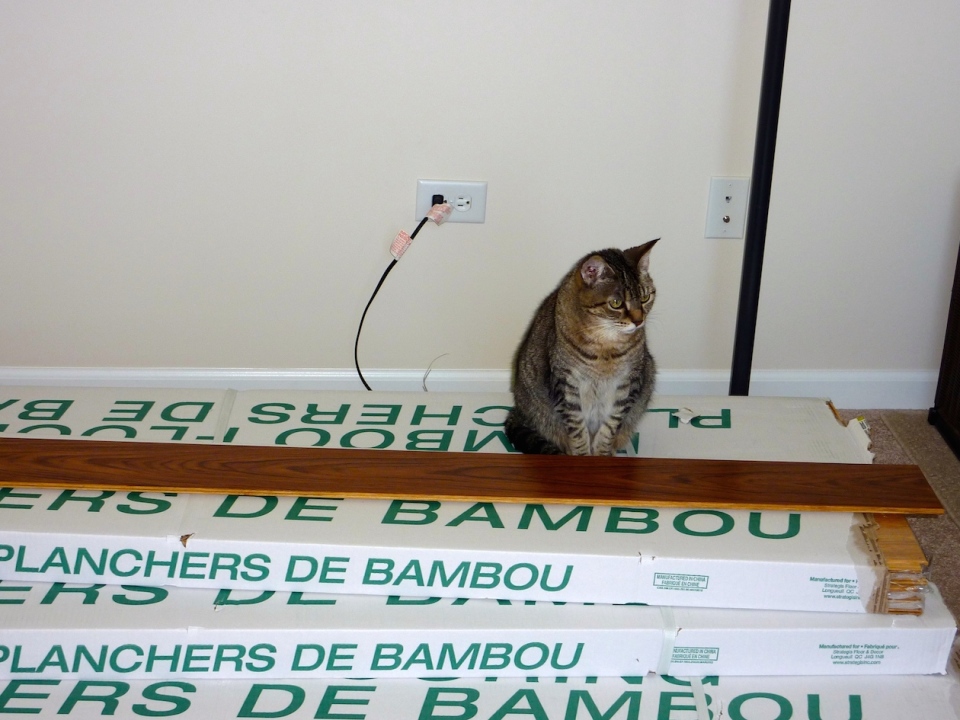 Steve began in my sunroom. 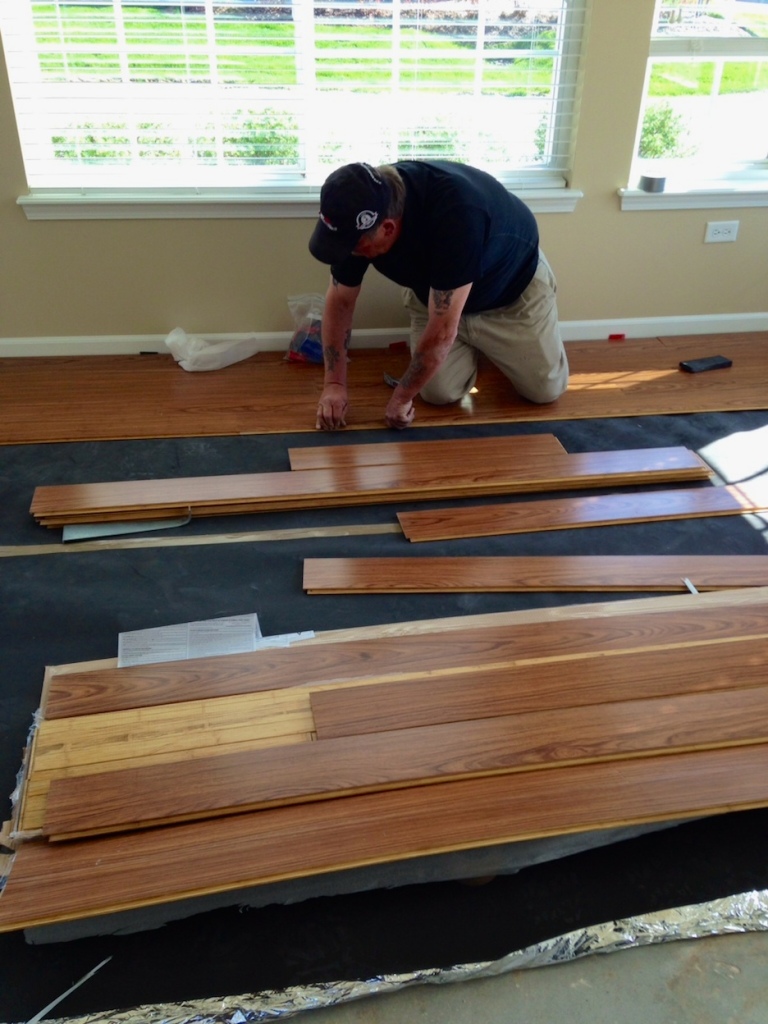 As he worked his way into the living room, we moved furniture out of his way. My neighbors Tim and Barb helped with the heavy lifting.

When an area was finished, we shuffled around furniture, so that the three rooms never had to be emptied at the same time. Even though bamboo is heavy and quite hard, it can still be scratched rather easily. So Dee and I put felt “footies” on each leg of every piece of furniture before it was allowed on the new flooring.

The installation process reminded me of putting together a jigsaw puzzle. Steve fit the boards together so expertly that it went faster than I expected. Even tricky places like doorways or my fireplace didn’t slow him down for long.

I’m thrilled with my “new” home. And I’m surprised by how much larger my rooms look. 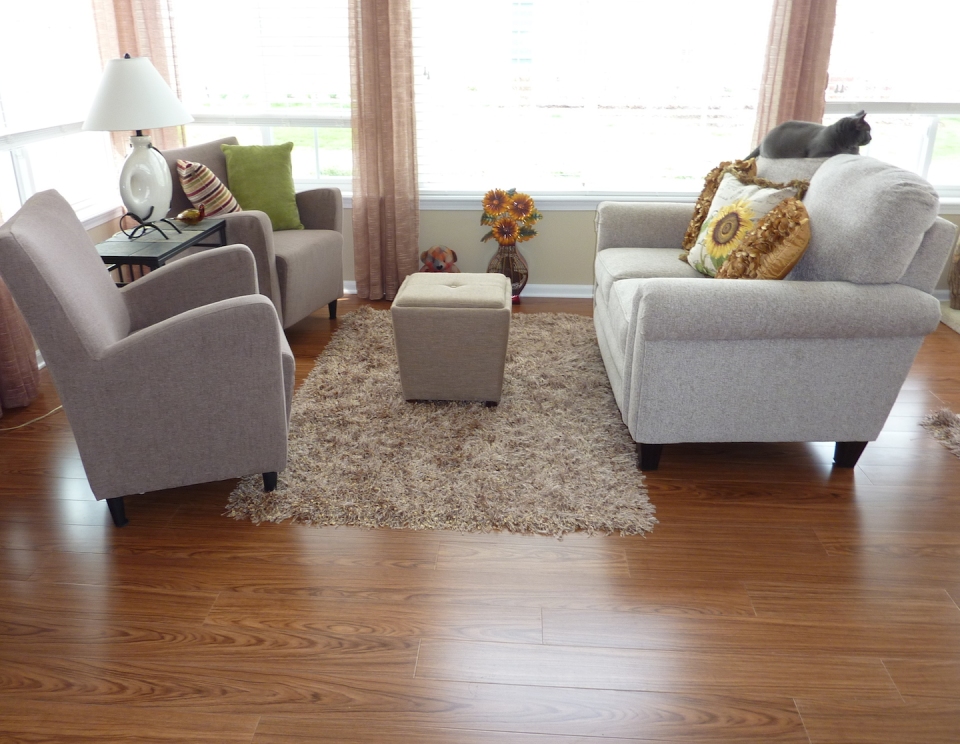 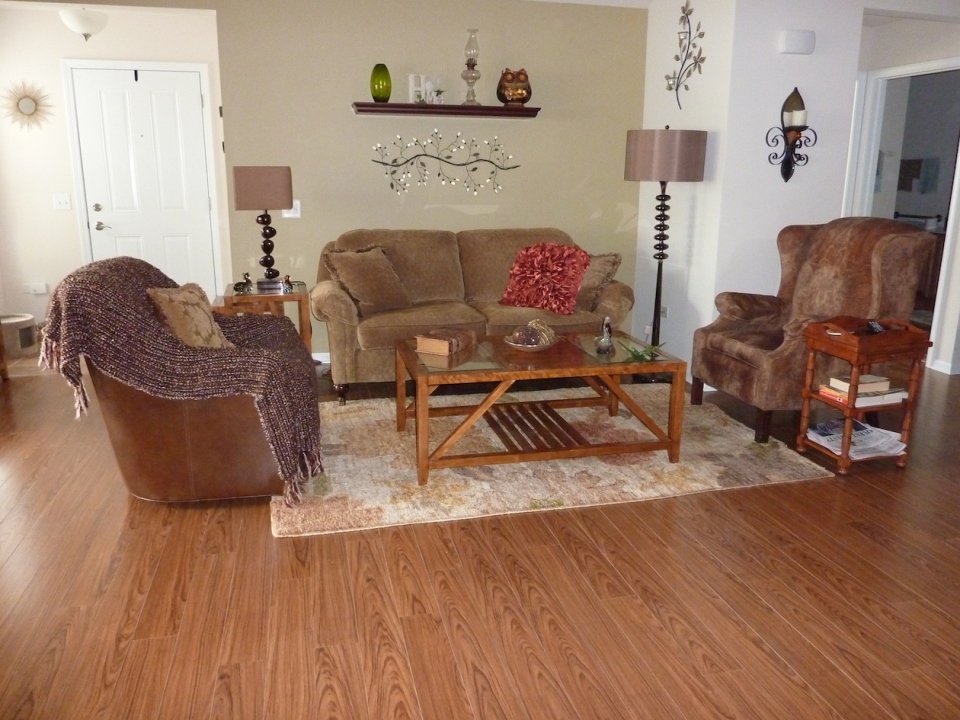 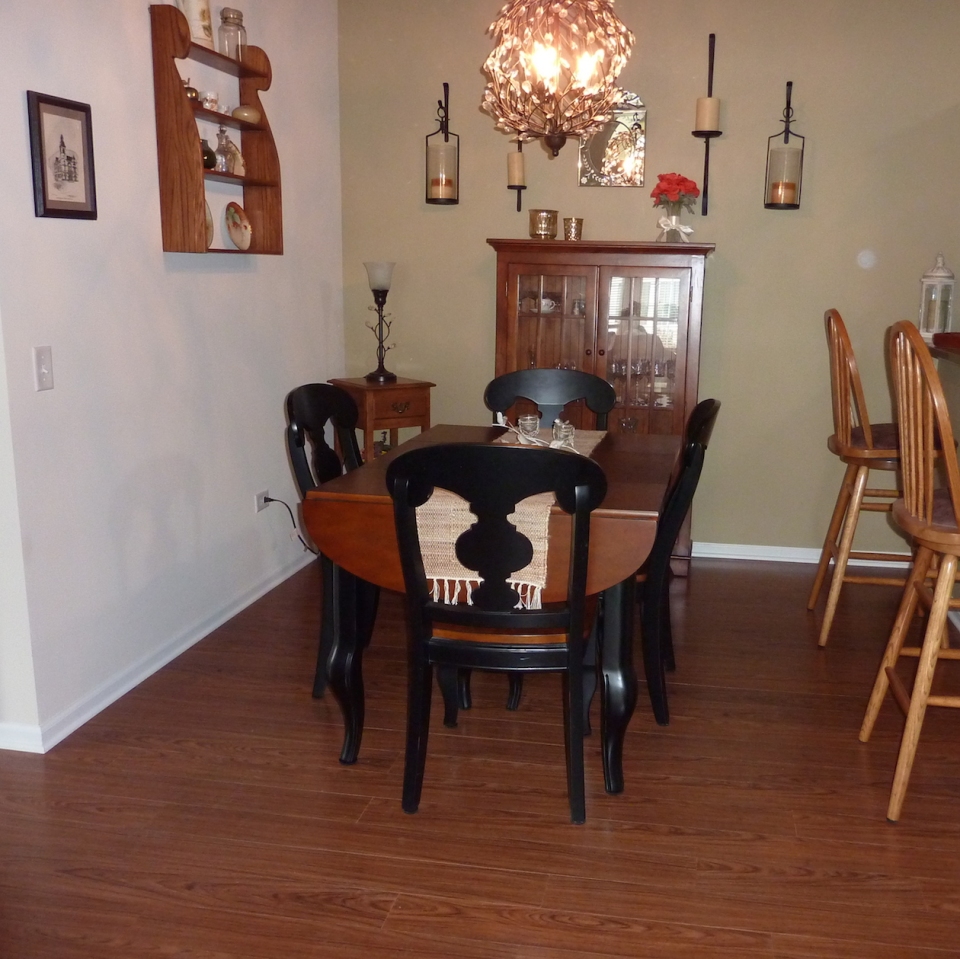 These flash photos don’t quite show the true color of the flooring. You’ll have to stop in and see it in person.

Just be sure to leave your shoes by the door, please!