As I showed visitors around my Abbey during our Spring Tour of Homes, I heard the same comment again and again. Guests would step into my second bedroom and say, “This is so big. It almost looks bigger than the master.”

“You’re right. It IS bigger,” I would reply. My visitors had discovered one of the ways the Abbey is unique among the Epcon floor plans. It is the only model with a second bedroom large enough to be used in a variety of ways. A really observant visitor also notices that only the Abbey has walk-in closets in both bedrooms.

If you’re finding it difficult to visualize all this, don’t worry. I have lots of pictures to guide you. Let’s start with a quick review of the floor plan of the Abbey.

Now for some comparisons and contrasts. My neighbors and fellow Abbey owners, Bob and Maureen, agreed to help me with this post because they use the two bedrooms in the opposite way that I do. Here they are in their Abbey.

I chose to set up my bedrooms up the traditional way. My bedroom furniture is not very large, so I had more than enough space in the smaller room. And I love having my bath and walk-in closet all attached.

My second bedroom does double duty as office and guest room. Since I’m a writer, I spend a lot of time in this room. I want a spacious office with my desk placed where I can look out at the room rather than a wall. I also have a sofa bed in there for the one or two times a year I have house guests.

Bob and Maureen have chosen the opposite plan for their bedrooms. They felt that their king-size bed worked better in the larger bedroom, so that is their master. They have other bedroom furniture as well as two armchairs in there, with plenty of space left over.

They made the smaller bedroom a library. They also have a sofa bed in there for guests, who appreciate the privacy of having their bath attached to the room where they sleep.

Now let’s take a look. Here is the smaller bedroom as my master. 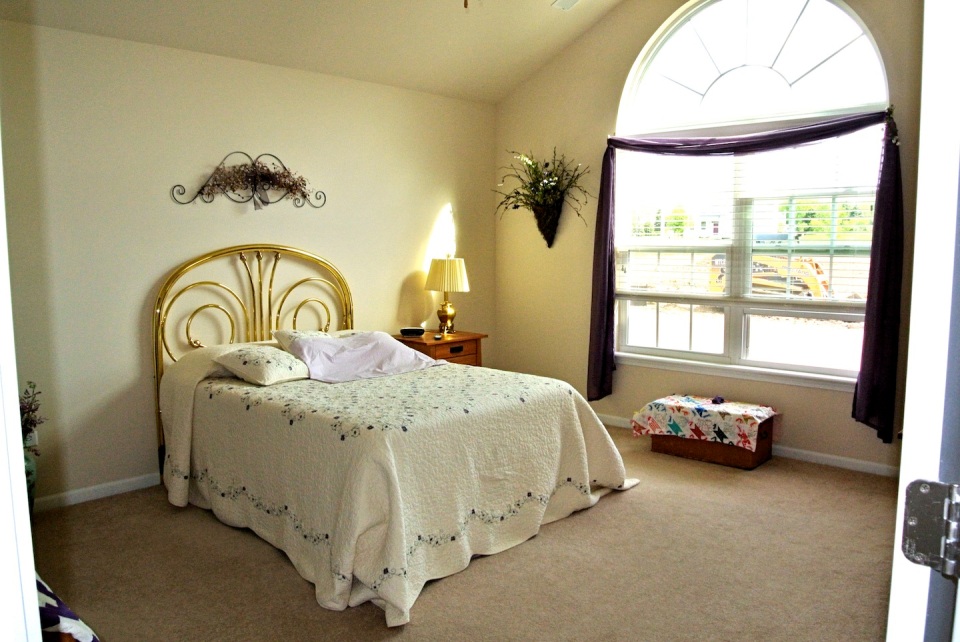 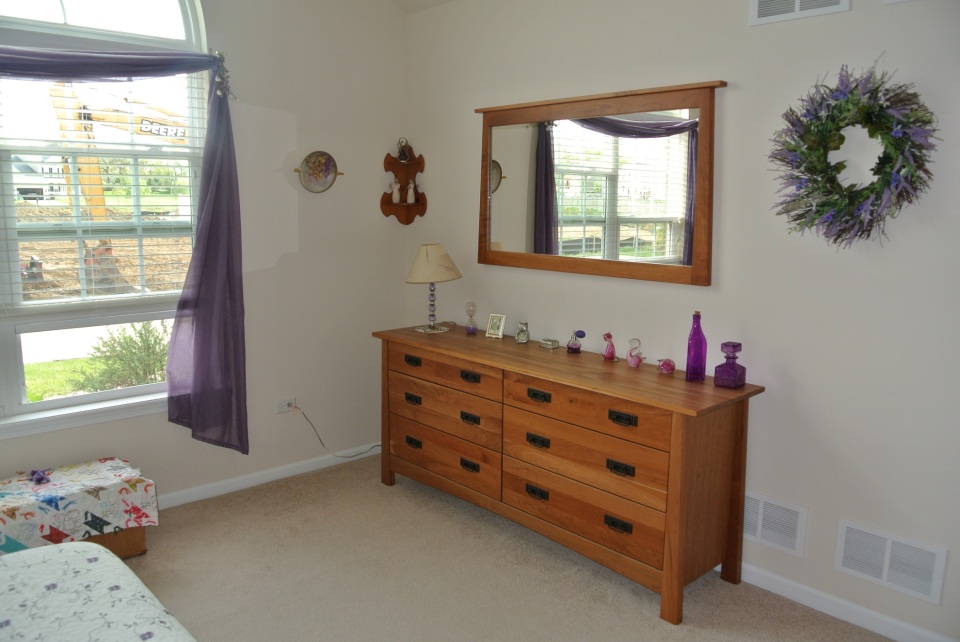 And here is the same room as Bob and Maureen’s library. 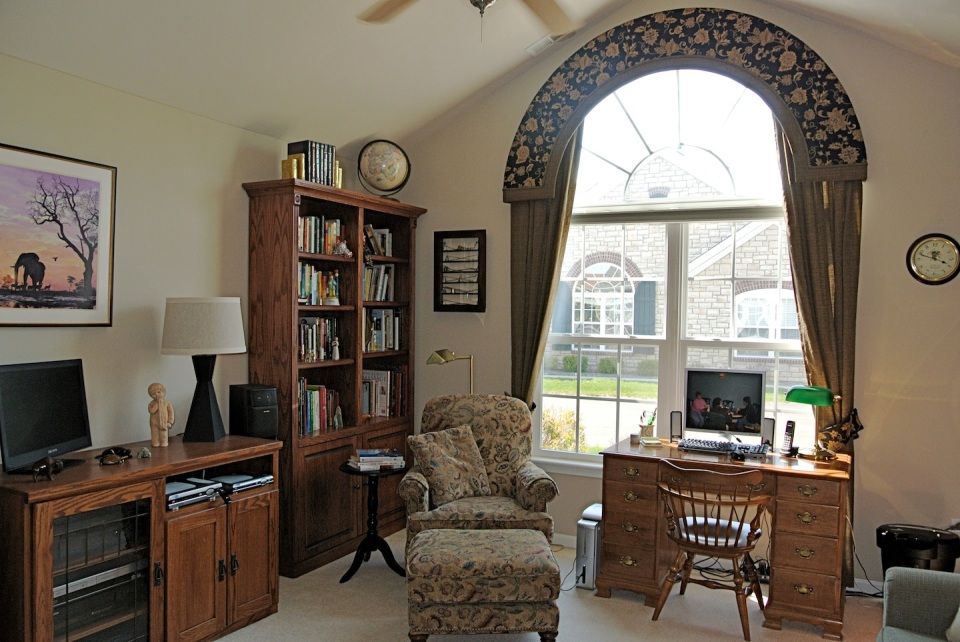 Then here is the larger bedroom as my office/guestroom. 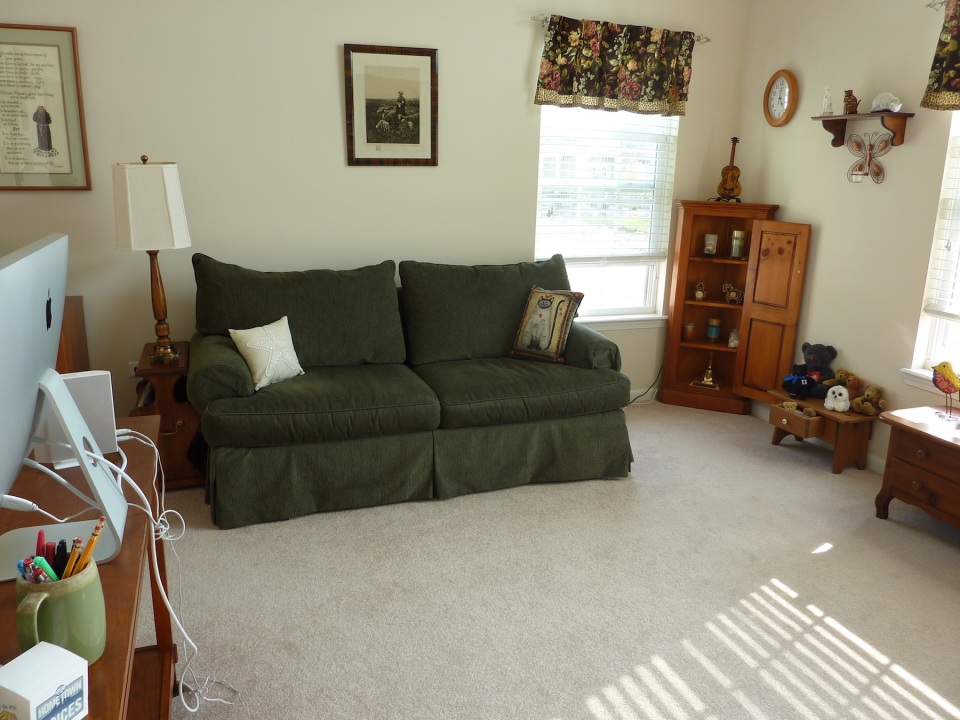 And here it is as Maureen and Bob’s master bedroom. 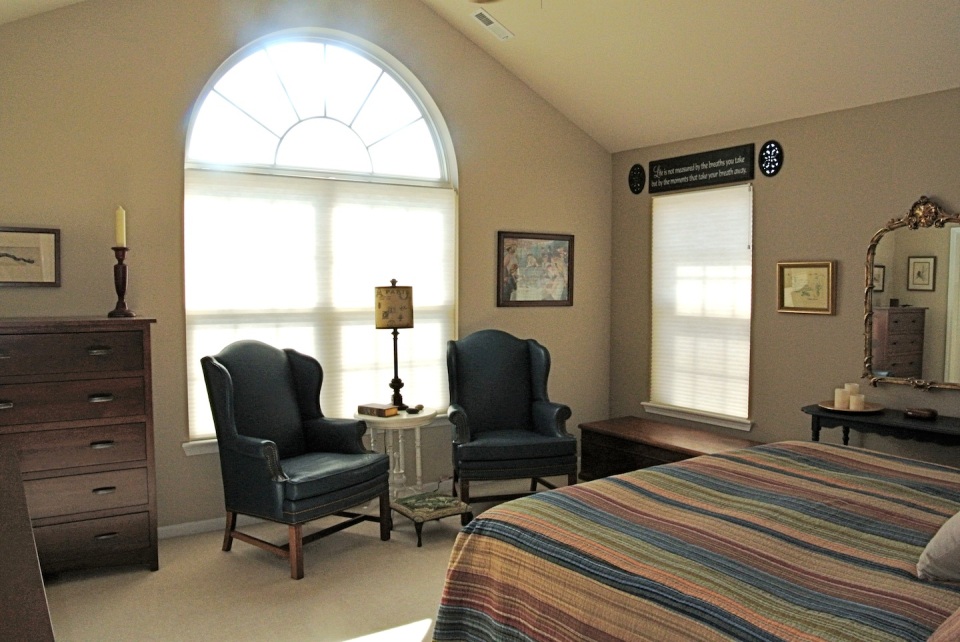 A final consideration is the placement of the smaller bedroom. It is located directly off the living room. In both of our homes, people sitting on the couch look into the room. Bob and Maureen like the way their living room flows into their library. Here is what you see.

My visitors look into my bedroom, but I decided I could live with that as long as my bed is made.

Of course, there is no right or wrong way to use the two versatile Abbey bedrooms. There also is no reason that an owner couldn’t change his or her mind and switch them around in the future.