On Aug. 14, I lost my cat, Shadow, only four months after losing my other cat, Angie. I knew ahead of time that each was reaching her final days. I thought I had braced myself for transitioning to a home without the welcoming presence of a cat.

But I was wrong. I had forgotten how utterly silent and lonely it would be. And no wonder. Angie had been with me since 2001; Shadow had been a living link to my mom.

I found myself searching for ways to lift the depression that had settled over me. So I came up with a plan. I would travel more, maybe take back-to-back trips. I would deep clean my house and would buy new furniture. I would finish grieving at my own pace, however long that took. Then, much later, I would begin looking for a new cat, an adult, or maybe another senior. I would take my time to be sure I didn’t make a mistake.

But life threw a totally different plan and schedule at me. Just two weeks later, with none of my goals accomplished, I came across this photo on Facebook. 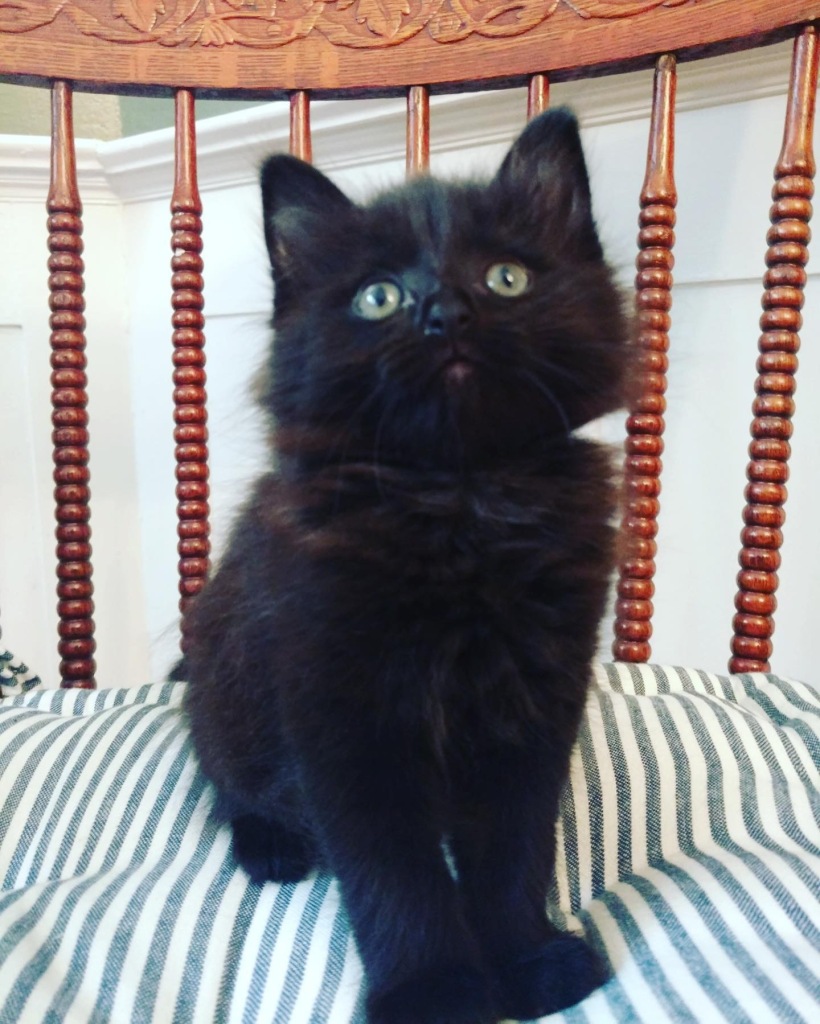 A friend of mine was trying to help her friend find a home for this adorable six-week-old kitten. Now hold on, I told myself. Slow down. Slow way down.

This bit of fluff was nothing like the cat I had envisioned myself adopting. And it was far too soon to bring another cat into my life. So I put the kitty firmly out of my mind. Or so I thought.

Over the next few days, I caught myself going online for another look at the picture. So, for convenience, I copied it to my phone. But cute as she was, she was still not the right cat for me. Any kitten would be bored in my quiet home. They are far too energetic and mischievous. Besides, I hadn’t had a kitten for decades. Did I even remember how to care for one?

I began filling my empty days by visiting friends who had cats. One day I invited myself over to see Judith and her two kitties. She had adopted one of them recently and shared her experiences with me. Finally, when I was getting ready to leave, I pulled out my phone, showed her the picture of the black kitten, and said casually, This is a cute kitten, isn’t it?

The way I remember it, we both spoke at once. While I was saying a kitten was not right for me, Judith was saying, Caryl, you have to get this kitten. Go home and call the owner. I hope it’s not too late.

That was the push I needed. I didn’t know how to contact the foster mom, so I wrote a comment under the picture on Facebook. That led to a flurry of 20 back-and-forth comments that ended with me asking to meet the kitten.

It was then that I learned a key fact. The kitten had an identical sister who wasn’t yet cleared for adoption. The foster mom hoped that the kittens could end up being adopted together because they were tightly bonded. So now my decision was even more complicated.

When I visited the kittens in their foster home, it was love at first sight. I shushed the voice of logic in my head and began choosing their names.

I wanted something dignified, not cutesy. Nothing popped into my mind until I asked myself a question: what do I want to bring into my home? That I could answer. Their names would be Joy and Grace.

At the end of September, I brought Joy home. Four days later, Grace received a clean bill of health and moved in too. One of the first things each did upon arriving was check out the food I was serving. As you can see, it was acceptable.

Their first afternoon was filled with nonstop playing/eating, playing/eating. Finally, they fell into an exhausted and loving heap. 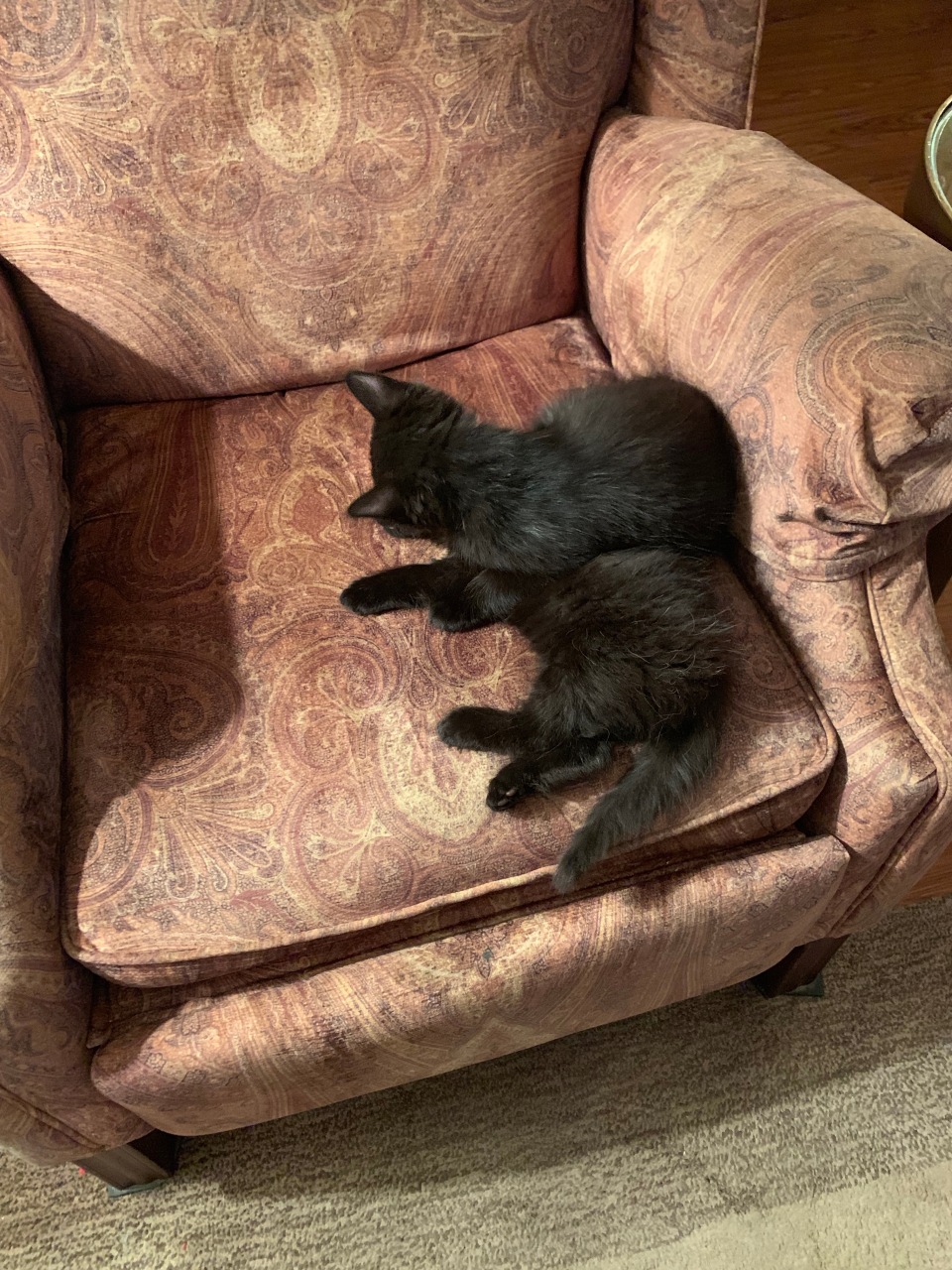 Seeing how happy they were together confirmed my decision to take them both. I have never regretted it.

So my kitten family was complete. But there is much more to the story.