The Christmas spirit descended on our community yesterday in a most delightful way. Forty-five Maples at the Sonatas neighbors had gathered in our clubhouse by 2 pm, when the Dickens Carollers arrived to perform a concert of Christmas songs. This is just part of the audience before the music began.

The Dickens Carollers is a professional group from the Woodstock area that has been performing since 1982. I have enjoyed their music many times and wanted to share it with my neighbors. Besides, what could be more appropriate? Two of the singers are our neighbors, Sue and Kaz Kazlusky. 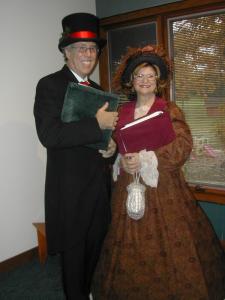 When the Kazluskys put on their Victorian costumes, they take on their performance personas of Paisley Periwinkle and Nigel Skeffington, looking quite different than they do poolside in the summer.

With the first notes of the first song, faces in the audience lit up. Those who had never heard the group appeared almost surprised by the quality of the music. Their blended voices filled our large room.

The program included traditional carols, such as “Silent Night”—with one verse in German—and “Oh, Holy Night,” as well as lighter tunes like “Rudolph the Red-Nosed Reindeer” and “Frosty the Snowman.” Kaz delighted us with a spirited portrayal of Frosty, even coaxing a couple of our ladies to dance with him.

The group has a list of more than 80 holiday songs, including a Hanukkah number that they sang for us. They intermingled requests from the audience with numbers they selected. The magic of the music inspired everyone, filling us with the joy of the season. 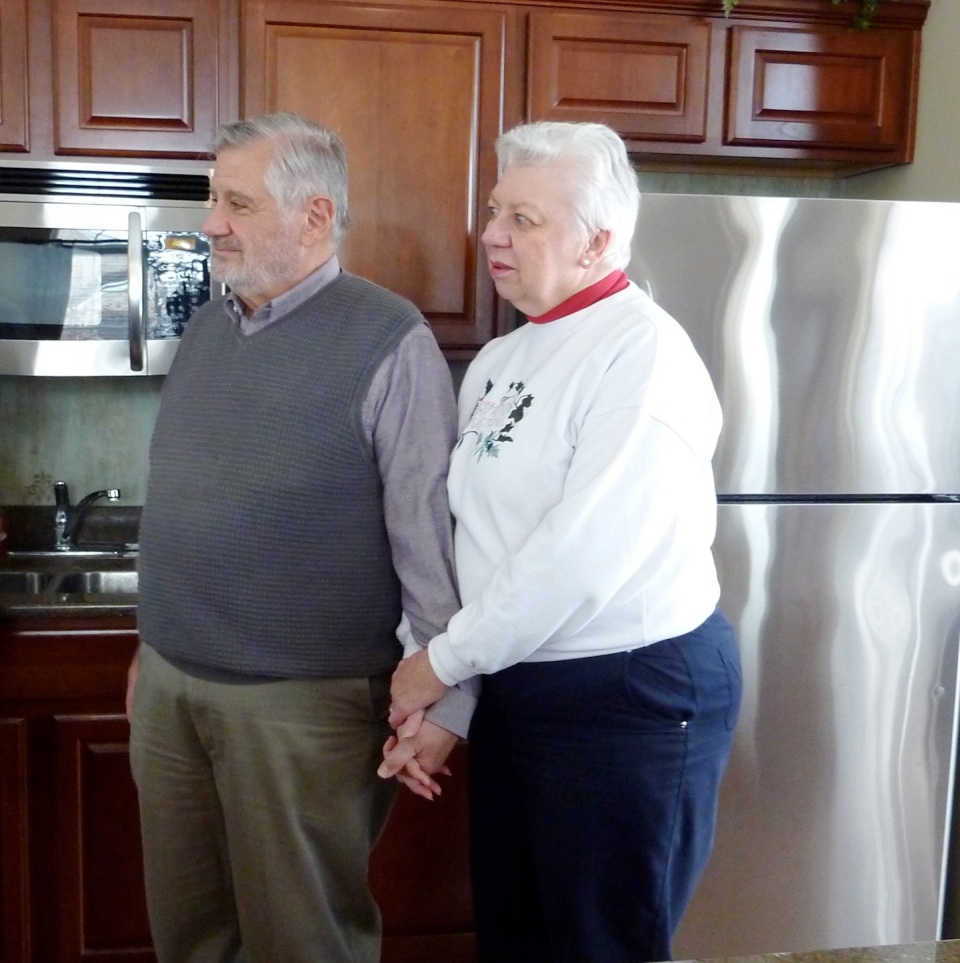 And thus a new Maples tradition was born.  The Dickens Carollers have already agreed to come back next year.