As I took my first few steps on the narrow cobblestone streets of Old Quebec City, fragments of a quote popped into my head. I wanted to share it with my traveling companions, but I couldn’t retrieve the exact sentence of dialogue from Our Town. It had been too long since I had taught or seen the play. As soon as I reboarded our cruise ship, I looked up Thornton Wilder’s words:

Only it seems to me that once in your life before you die you ought to see a country where they don’t talk in English and don’t even want to.

The quote didn’t fit my situation as neatly as I had hoped. In the play, Mrs. Gibbs yearned to visit France, not Quebec. And this would be my second time in a French-speaking city, not my only. Yet the character and I shared much the same emotion.

Months earlier, when researching itineraries for a cruise, I had been drawn to Quebec, a place with a language, culture, and history very different from my usual surroundings. A place not terribly far from home, a place that was foreign yet not threatening. A place where I had some familiarity with the language, thanks to a long-ago French minor in college.

I could not have been happier with my choice of Quebec. What I found was a joyful experience that I will long remember. Here are a random few of my favorite sights. 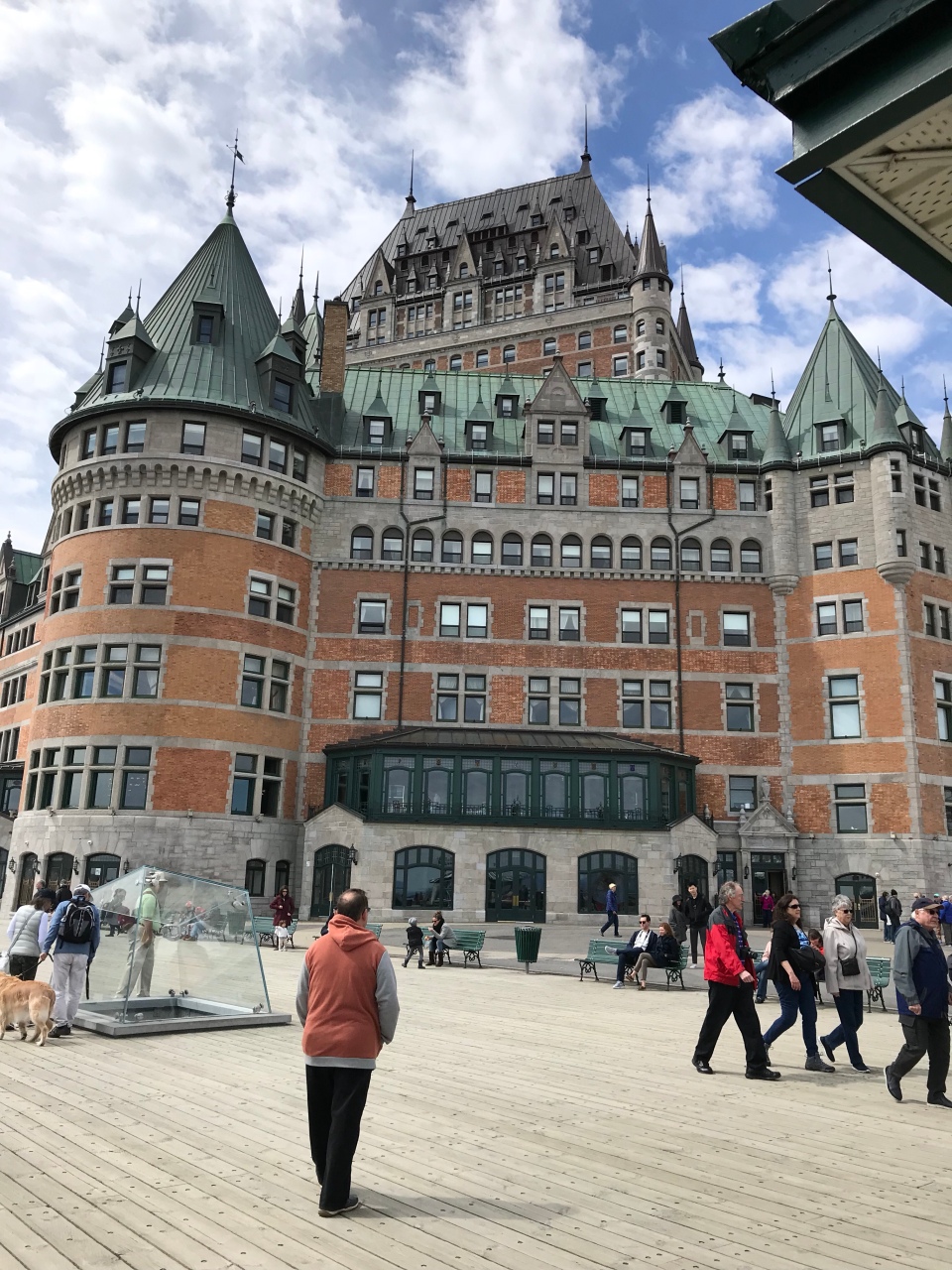 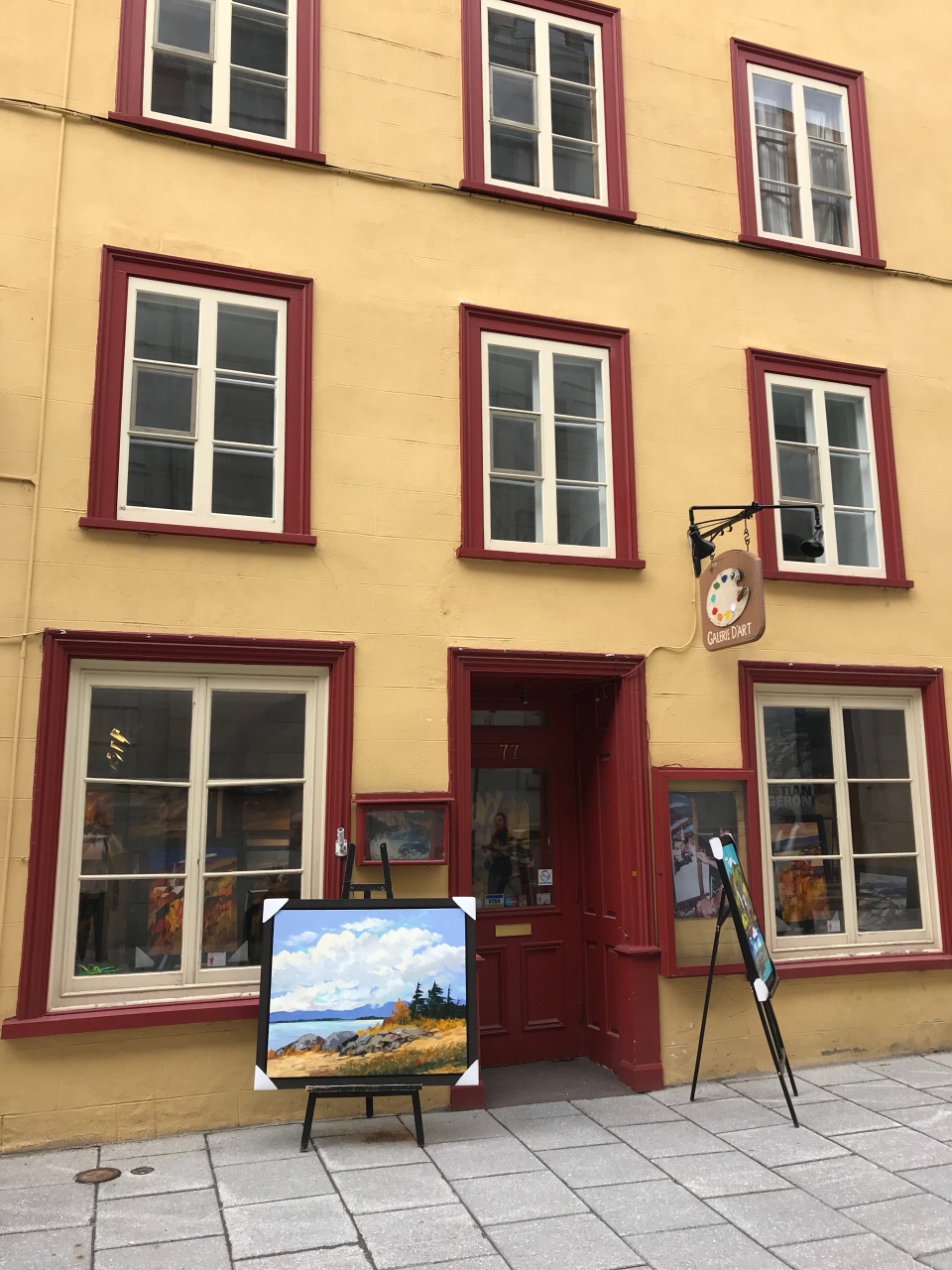 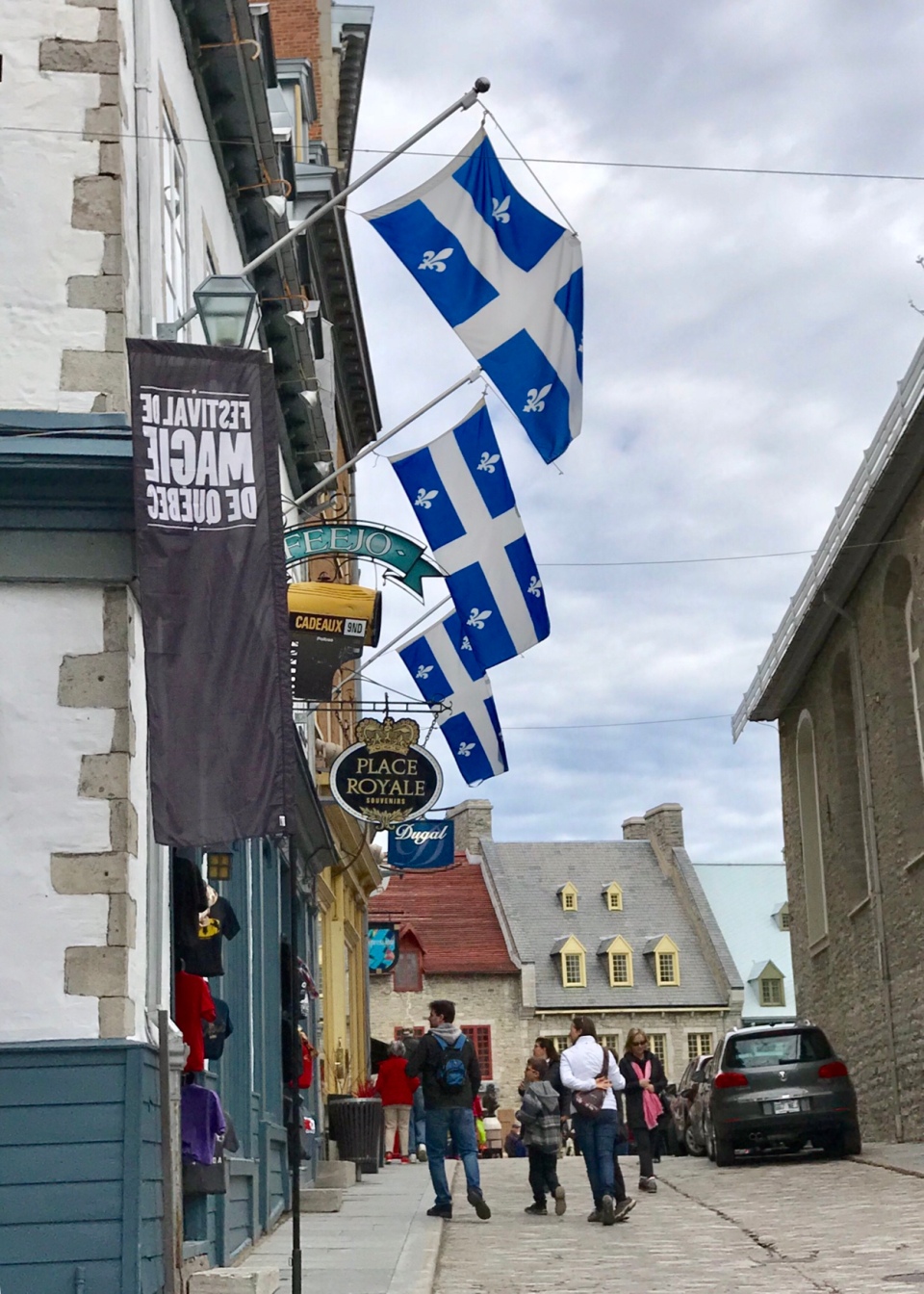 And it was not just the sights. They were enhanced by the sounds of the city. (You may want to turn up the volume on your device here.)

Have you ever touched stones that have been in place since the 1600s? I can now say that I have.

Of course, the people are a crucial part of the travel experience. If I would nearly bump into someone on the street, I would wonder if I should say I’m sorry or Pardonez-moi. Can you guess someone’s language by his or her appearance? Is there a clue in how she wears a scarf, the tilt of a head, or his stride? 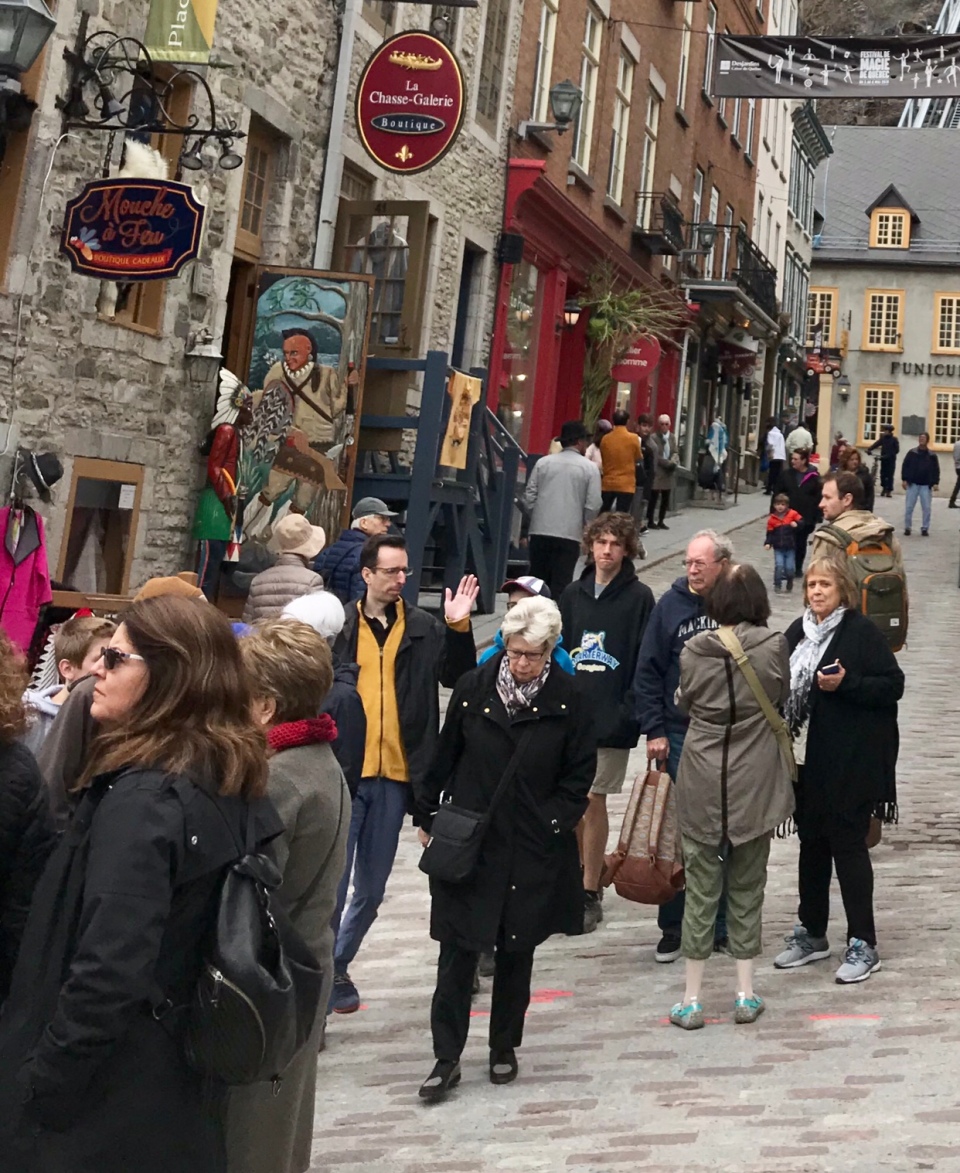 After Quebec, we visited several other ports in Canada, which is officially a dual-language country. Most communication—from road signs to historic plaques to announcements made by flights attendants—is made in both English and French. Quebec was our only city where the French version came first. I was désappointé when we switched back to English as the primary language.