It wasn’t that we were looking to add another social activity. September is a typical month in our community, with 16 events scheduled during the 30 available days. So we have plenty to do.

Actually, it was the men who started the whole thing. Our book club has grown to 25 or so members, all of whom happen to be women. We have invited the guys to participate but they won’t come.

So someone—I’m not sure if it was a man or a woman—decided the guys needed to have an activity of their own, and the men’s coffee came into being. It caught on and is well attended.

Everything was fine in terms of gender equality for a few months, until our last book club meeting. Someone said, Since the men have a coffee, I think we should have one of our own.

Yeah, a few voices chimed in.

Then someone else suggested it be an afternoon tea, rather than a morning coffee.

Who said you have to bring tea? a wise woman responded.

We’ll call it a tea?. That question mark leaves it all open to interpretation. You can bring whatever you want to drink.

Now that sounded promising. So a little after 3 yesterday afternoon, I made my way to the clubhouse with my wine. Soon there were 21 of us sitting around a long table, talking, laughing, and sharing snacks.

Oh, yes, and drinking our beverages. I saw only two women drinking tea at the Ladies’ Tea?. Everyone else improvised.

You see, we’re all about improvising here at Maples at the Sonatas. Improvising and tea?. 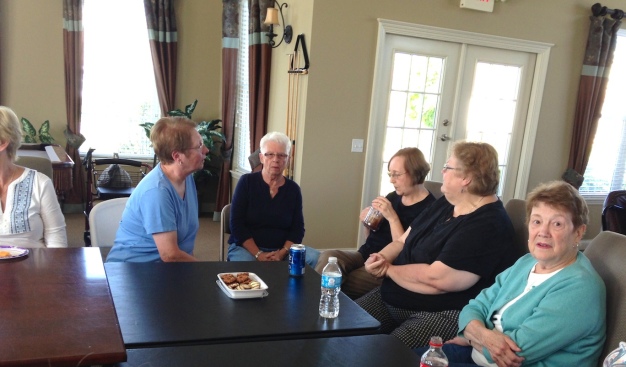 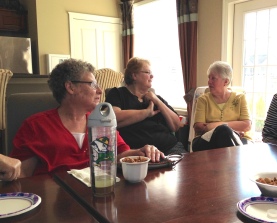 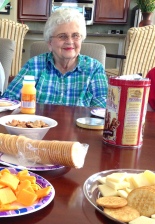 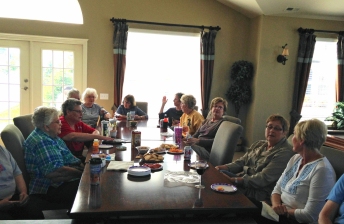