With Easter less than two weeks away, our mascot bear is dressed for the holiday. The only problem is, has he lost his sense of identity? 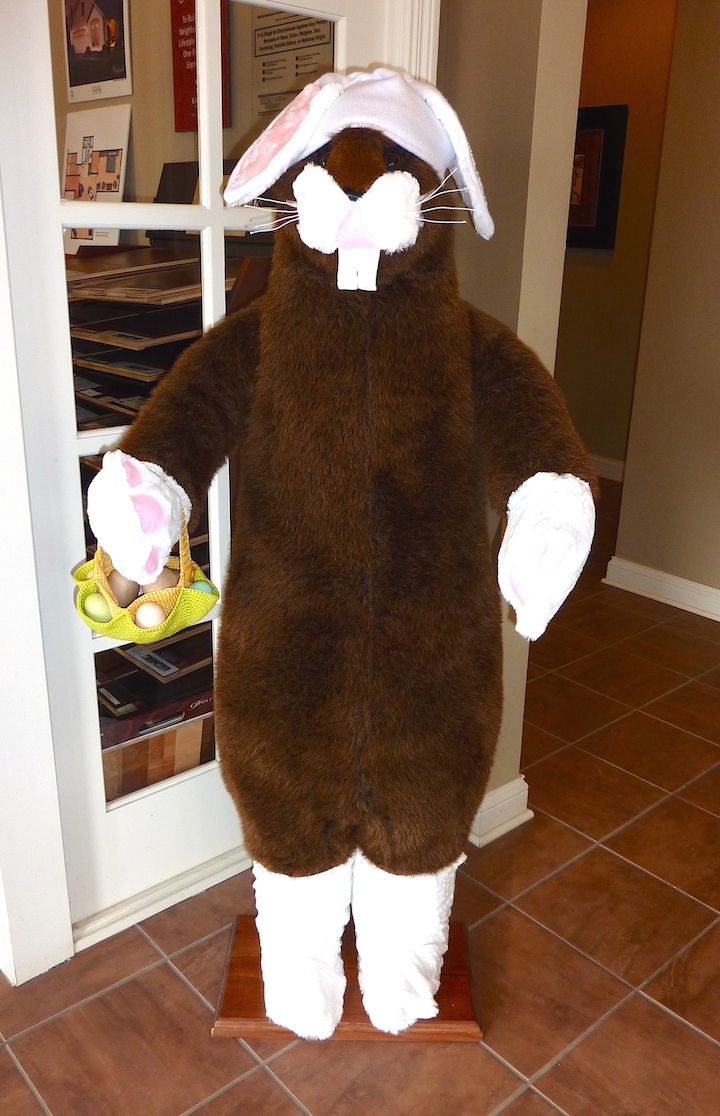 Is he still a bear, or has he morphed into a hare? Or is he stuck somewhere in between?

A neighbor commented that the bear is showing quite a bit of hair these days. Or, in other words, the hare is a bit bare.

One thing is for certain. The basket of eggs he is carrying is one of bear dresser Cathie’s most creative masterpieces yet. Here’s a closeup of her beautiful crocheting.

No matter if he’s a bare bear or a hairy hare, he’s uniquely ours. He’s just one more example of how we roll here at Maples at the Sonatas.