All summer long, a planter full of petunias and vinca vines sat on my patio. It was pretty for months, but as we got deeper into October, the plants grew long and scraggly and unattractive. Then they were nipped by frost.

And so, a few days ago, I decided it was time to let them go. I slid the planter away from the outside wall of my home and lifted it to carry over to our garden to dump the soil. As I was leaving, something caught my eye.

At first, I thought a flower had broken off when I moved the pot. But a closer look told another story. Some time during the summer, a single white petunia had leapt from the planter—or possibly had been seeded from another. However it happened, there is a healthy plant growing in the narrow crack between my patio and the wall.

This flower isn’t just surviving. It is blooming its heart out. And keeping it company is a single green vinca. 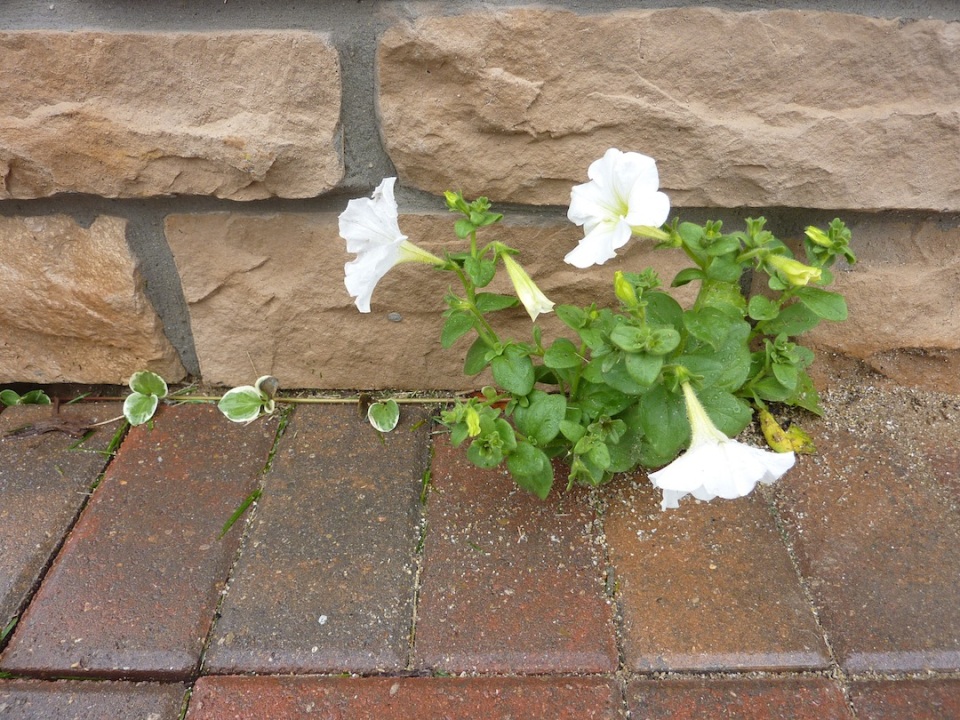 I find myself appreciating this late bloomer much more than I did the planter. Maybe it’s because my white petunia is an unexpected, late-season gift. Or maybe I admire its hardiness, as it thrives in harsh conditions.

Now, every morning, one of the first things I do is check on the petunia. So far, it has always been all right. Of course, I realize it’s only a matter of time until winter conditions overtake it. I will miss its cheerful greeting as I come and go. And I will miss its example of how to bloom wherever you are planted, even in the most unlikely of places.