I WILL NEVER MOVE AGAIN.

I said these words to anyone who would listen to me when I was moving into my Abbey. I have heard them spoken many times since then as new neighbors have come in our community. Words spoken slowly with emphasis, spoken with heartfelt fervor, spoken with firm revolve.

This is it. I (we) will never move again.

I heard the words twice this week. Once from a new neighbor, Bill, who with his wife, is now “99% settled” into the Portico they closed on a couple of weeks ago. And again this morning from Jan, who with her husband, moved into a new Promenade this past weekend. Yes, that’s right. The days that tied the record for the hottest weekend this late in the summer.

There is something about moving at our age. It isn’t just the backbreaking physical labor. It’s the total physical and mental exhaustion that leaves you whimpering for relief. It’s having your current home totally discombobulated while your new one has yet to take shape. It’s not knowing where your toothbrush is and, even if you did, being too tired to use it. It’s not showering for two days and not caring.

There are so many loose ends and crucial details to keep track of that your brain first goes on overload, then shuts down. I had so many lists that I needed a master list of all the lists. I am normally an organized, detail-oriented person, but you wouldn’t have known it during my move.

Jan is a lot like me in that way. When I saw the directions she handed out to her friends helping with the move, I thought she had created the most beautiful document ever. Here it is.

But an hour into the move, Jan told me her system was already breaking down.

We perfectionists have a particularly rough time with moving. I had to lower my standards several times. Finally, I decided it was a success if everything arrived at the new home and was under roof. When none of my, shall we say “mature,” friends pulled up lame during the process, I was happy and grateful.

Then all that’s left is unpacking and arranging and… well, a million other details. Two days after Jan and Steve’s move, here is a peek into their new home. This is the living room. 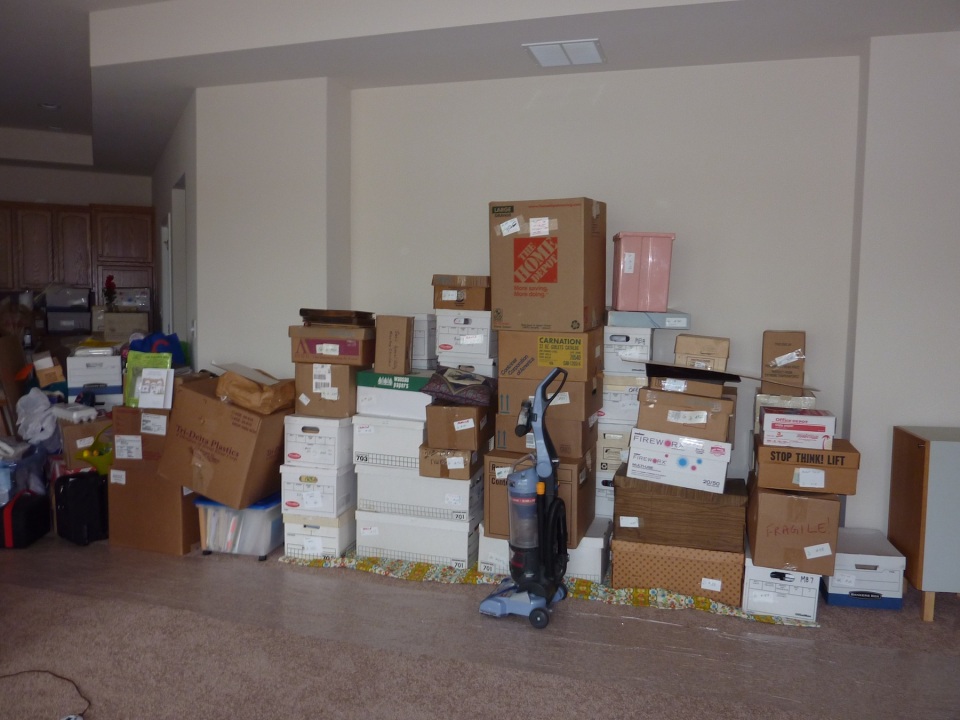 And here is the kitchen.

I don’t have children, but I suspect that moving might be like childbirth. It is excruciating while you are going through it. But once the pain has passed, you are very happy you did it.